Short Web-based versions of the Perceived Stress (PSS) and Center for Epidemiological Studies-Depression (CESD) Scales: A comparison to pencil and paper responses among internet users 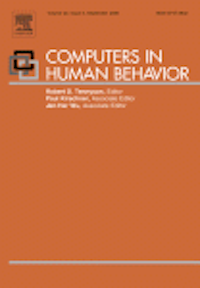 This study reports results from a format comparison between Web-based and pencil and paper questionnaires measuring two well-validated measures of psychological distress among 530 frequent Internet users studying at an on-line University (Open University of Catalonia, UOC). A four-item version of the Perceived Stress Scale (PSS) and a seven-item version of the Center for Epidemiological Studies-Depression Scale (CESD) were randomly administered in Web-based and pencil and paper format. Internal consistency analyses showed that these two brief versions were reliable for on-line assessment. Also, no differences in Cronbach αs were found between formats. Exploratory as well as multigroup factor analysis techniques showed that factor structures were invariant across formats. Overall, results revealed that respondents did not bias their responses in the Web-based condition. As these findings suggest, when familiarity with technology is high among respondents and sample procedures are followed to maximize control for potential participants, Web-based and paper and pencil formats are virtually equivalent, as in the two brief measures of psychological distress used in this study.